We are often asked to provide domestic cesspit or septic tank emptying services in Hampshire but people are not always sure what type of sewage tanks they have, so the following information, I hope will be helpful to you. If you do need any advice or help, please do not hesitate to contact us.

Do you know what a septic tank is?

A septic tank can be a two or three chamber system which collects and stores raw sewage from a property. Waste enters the tank and eventually forms solids which turn into a sludge at the bottom of the tank. This sludge is then broken down by bacteria present in the tank. The remaining liquid is then drained away through an outlet pipe.

The effluent from the tank is usually drained away through a soakaway or drainage field, provided that the waste does not provide a pollution risk to surface or ground water resources. It is recommended that the drains for the soakaway should be found within 1 metre of the surface or as shallow a depth as possible. The most popular form of soakaway is a subsurface irrigation system consisting of a herringbone patter of land drains, laid in shallow, shingle filled trenches. It is also important to consider the subsoil, which will often be clay which is impermeable to water and as a result will not provide an effective soakaway system.

Do you know what a Cesspit is?

A Cesspit works the same as a septic tank, apart from the fact that there is only one chamber. Everything flows into the one chamber, settles, then gradually flows out the soakaway to permeate into the ground. These tanks should be emptied once a year to avoid the soakaway clogging up with silt.

Septic tank emptying processIt is recommended that septic tanks should be emptied at once every 12 months to remove the build up of sludge. This annual maintenance will also help prevent blockages, leaks and minimise potential overflows. The desludging should be undertaken operators who are certified as registered carriers of waste (such as RMS Waste), by the Environment Agency (Carriers Licence). Usually a check on the colour of the effluent draining away (which is typically grey in colour), will give an indication as to when the tank should be emptied.

However, as the sludge content of the tank increases, the effluent will contain dark solids and form a crust on top, this is an indication that the tank is due for an empty. 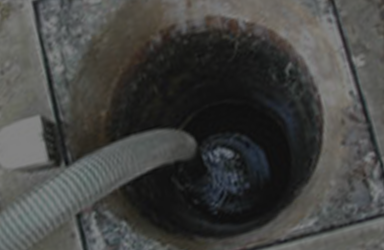 We can supply from 2000ltr to 18000ltr holding tanks for waste water including belly tanks for site potacabins were there is no mains Drainage and we can also arrange emptying of the tanks on a schedule or one off basis.

Please contact us for your requirements or advice on any of our services. We are always happy to help